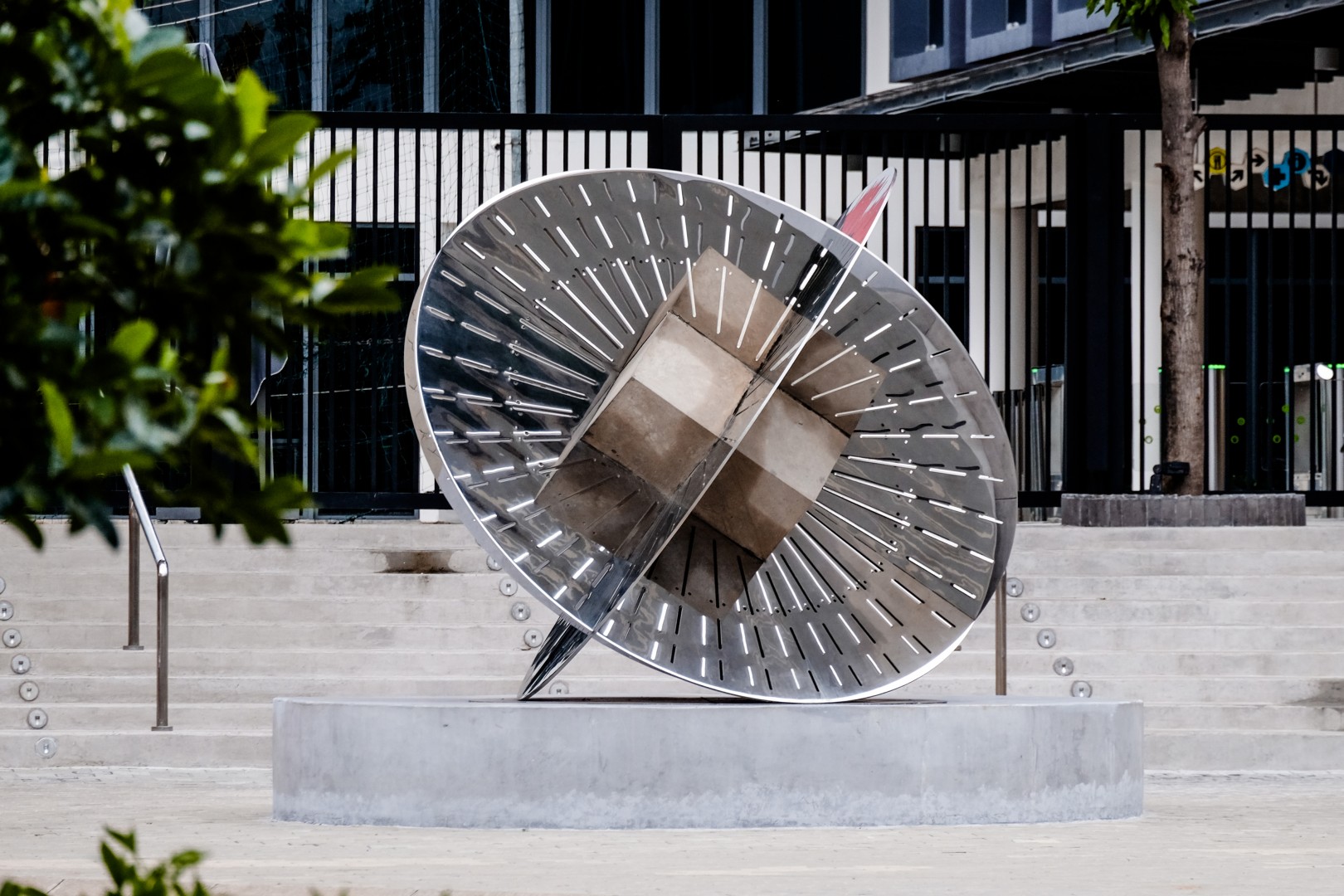 Tuan Andrew Nguyen (b. 1976, HCMC)’s practice explores strategies of political resistance enacted through counter-memory and post-memory. Extracting and re-working narratives via history and supernaturalisms is an essential part of Nguyen’s video works and sculptures where fact and fiction are both held accountable.

Nguyen received a BFA from the University of California, Irvine in 1999 and an MFA from The California Institute of the Arts in 2004. Nguyen has received several awards in both film and visual arts, including an Art Matters grant in 2010 and best feature film at VietFilmFest in 2018 for his film, ‘The Island’. His work has been included in several international exhibitions including the Asia Pacific Triennial 2006, the Whitney Biennial 2017, and the Sharjah Biennial 2019.

Nguyen founded The Propeller Group in 2006, a platform for collectivity that situates itself between an art collective and an advertising company. Accolades for the group include the grand prize at the 2015 Internationale Kurzfilmtage Winterthur for the film ‘The Living Need Light, The Dead Need Music’ and a Creative Capital award for their video project Television Commercial for Communism. Besides a major travelling retrospective that began at the MCA Chicago, the collective has participated in international exhibitions including ‘The Ungovernables’ (2012 New Museum Triennial), 2012 LA Biennial, Prospect3 (2014 New Orleans Triennial), and the Venice Biennale 2015.