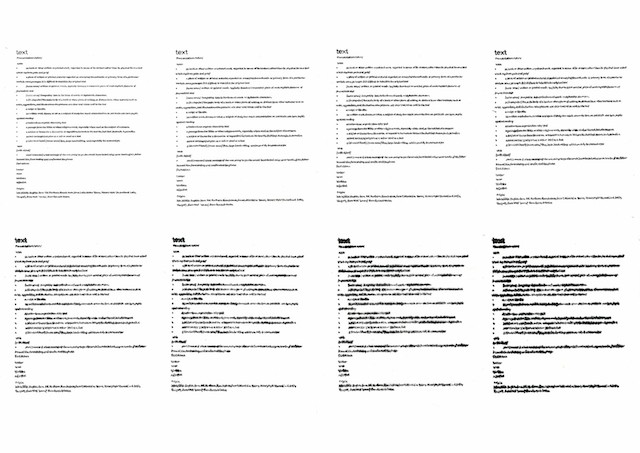 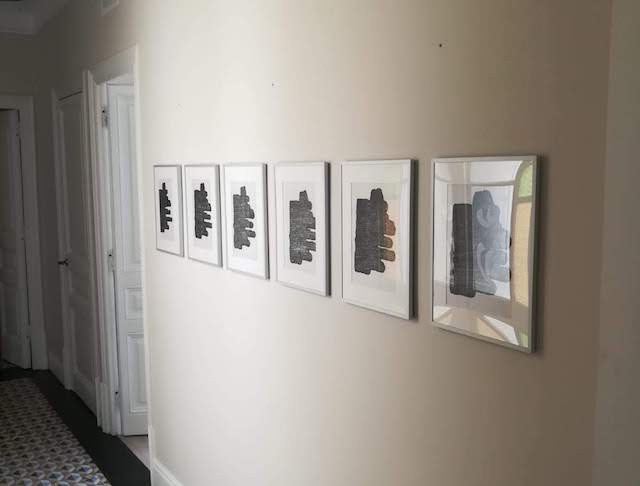 Text is an ongoing work of copies from an original one-page-definition of the word ‘text’ taken from an online dictionary. The artist hand-traces the perimeter of each word that makes up the definition of ‘text’ from the original version until those words became dark shapes—standing in stark contrast with the transparency of the tracing paper they are copied on to. The aesthetic result of this action stands as a symbolic allegory for meaning being blurred within the context of drawing and etymology. The number of pages in each version will depend on the artist’s circumstance during their production. (Text courtesy of the artist)