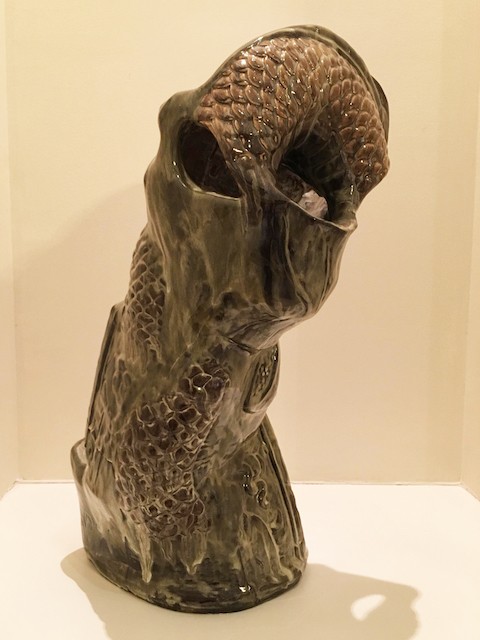 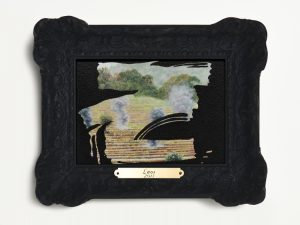 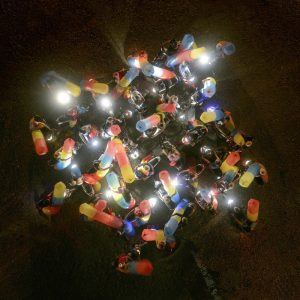 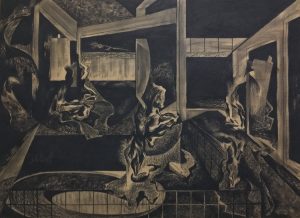 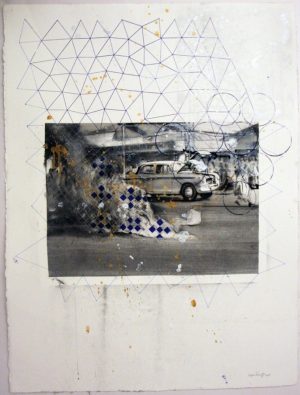 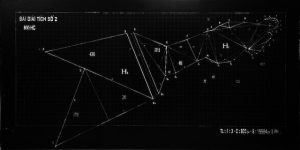 Study of The Fluctuation of a Shadow 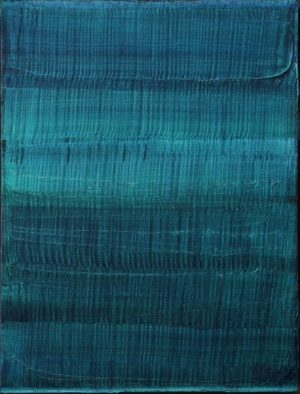 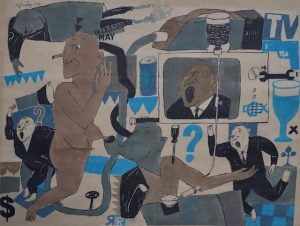 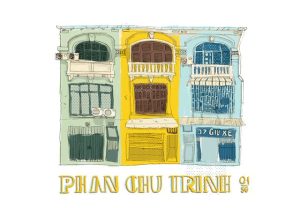 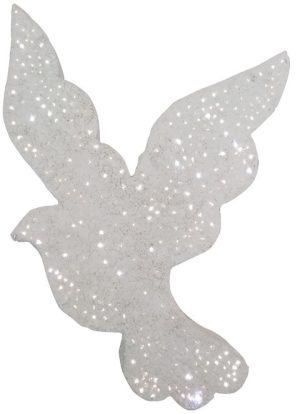 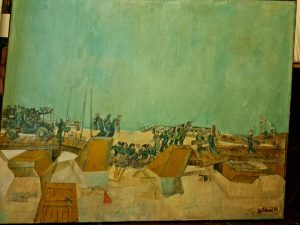 Attentive to the position of Biên Hoà ceramics in global and nationalist imaginings, Chánh writes in his artist’s statement, “Rather than nostalgic reproductions or subcontracted production, I make use of local clay, glazes, and techniques to evoke Biên Hoà’s eclectic tendencies blurring the boundaries between artisanal craft and art, between sentiment and concept.”

For Nguyễn Quốc Chánh to align his latest series of ceramic sculptures with the idea of a ‘Guerilla’ mentality, is to place them firmly within Vietnamese history and cultural memory. To understand this process, just swap the image of a jungle soldier, living opportunistically within their environment and replace it with an artist whose materials are found and requisitioned. What emerges are assemblages that fuse multiple symbols, removing them of their positions in conventions that produce individual hegemonic meanings. At a glance, it seems chaotic, but the Guerrilla is always forced to deal in chaos until balance is reached. As Chánh himself suggests, balance is the mouse that skitters between conventional lines and the cat is yet to swallow it.

If the pieces tell a story, then it is one that transcends the confinements of genre and style. We can see that the moulds have diverse influences: folkloric symbols in Dong Ho woodcut paintings, the serene faces of The Bayon at Angkor Thom and Easter Island. Often, they are not made by Chánh himself, but were found – gathering dust in his adopted studio in Biên Hoà. In this way, the pieces proceed from multiple histories and are shaped by generations of artisans in different cultural and political contexts. In Chánh’s Guerrilla operation, they now become material for new purposes, positioned alongside more contemporary symbols on a shared substrate: casts of credit cards, face moulds of football-playing children and images borrowed from the high relief facets of Ben Thanh Market. In collecting these tools, Chánh acts as a gatherer and a disruptor. The recognisable motifs must exist in relation to each other and are rendered unfamiliar in a state of disorder and uncertainty. A surreal and alluring effect is achieved. (Text courtesy of the artist)