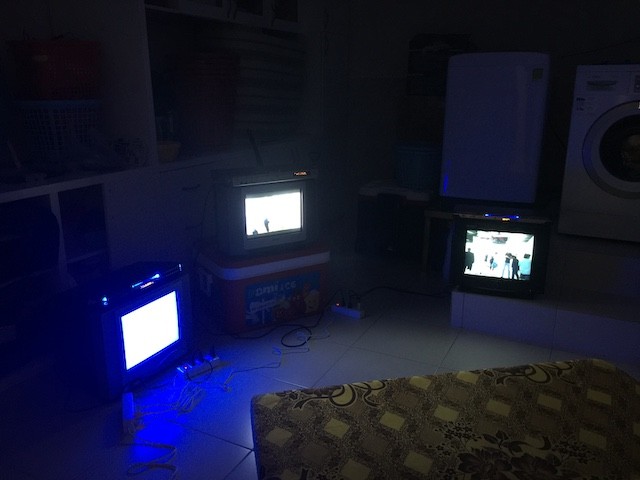 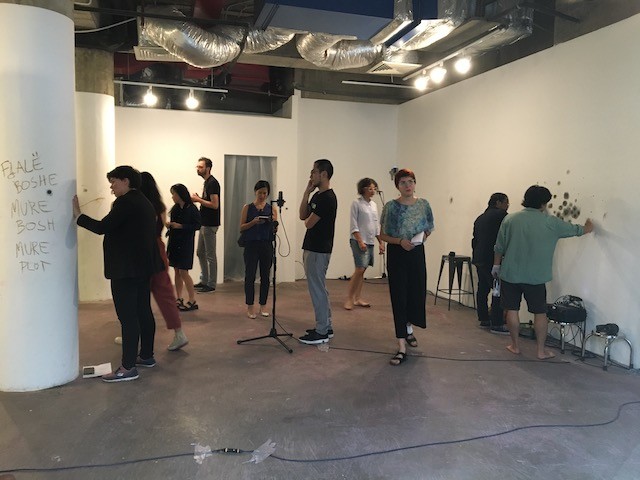 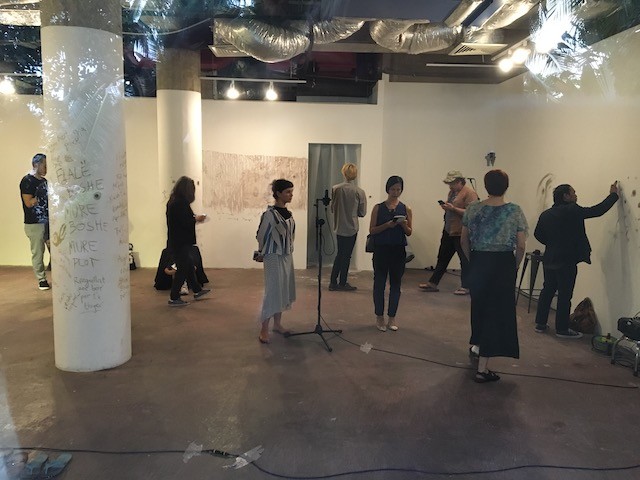 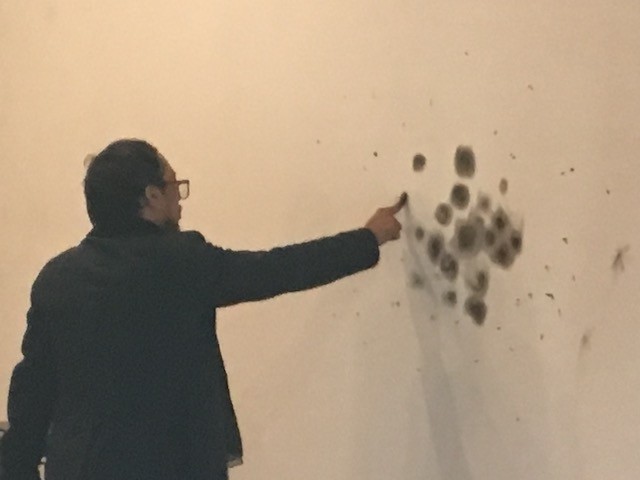 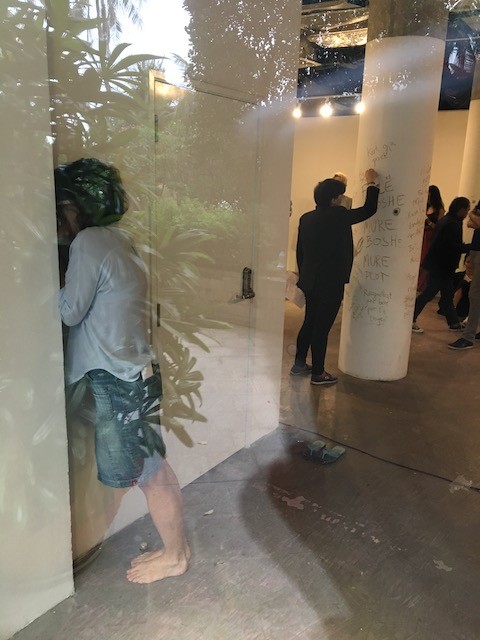 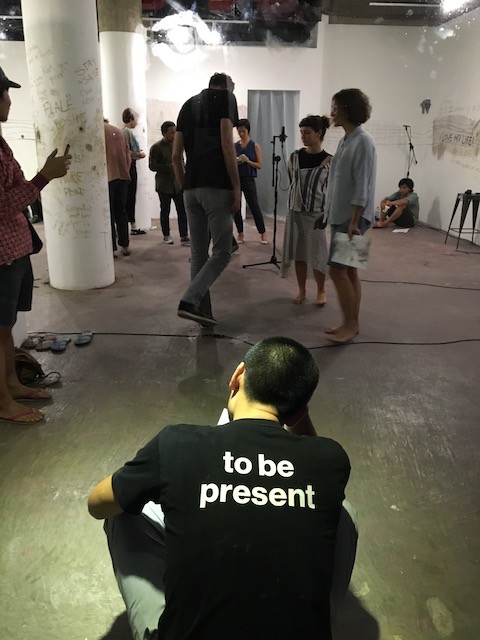 artists talk is a performance piece conceived by artists Aliansyah Caniago and Cam Xanh, during Alin’s one-month residency at MoT+++ in March 2018. The title challenges the contemporary art world’s penchant for artist’s talks – from galleries to museums, art fairs to TED talks – questioning the implied necessity that artists talk at all. How much should artists explain their practice, vision, and process, and how much should their artwork speak for itself? Artists working in any discipline were invited to talk simultaneously for two hours about their practice, or any other issues pressing to them. They were given a manifesto titled freedom of expression written by Cam Xanh, which set out a number of performance directives. Most importantly, participants were required to stay in the room for the full two-hour duration. one participant described the affect as ‘as cerebral-like, like being in a brain that isn’t quite yours or any one person’s’. Going beyond the manifesto’s instructions, some artists began drawing on the walls; Alin brought a box of charcoal sticks, which he pressed heavily into the walls as he spoke. Elaborating on this gesture, some artists began smearing his markings across the walls, while others added additional drawings, as well as questions and statements in various languages. The markings added yet another layer to the emerging discourse, offering a defiant reply to the commandment that “artists must talk”. (Text courtesy of the artists)

artists talk is an ongoing performance first performed in Ho Chi Minh City, Vietnam in April 2018 at MoT+++. It was performed a second time in Singapore in January 2019 at the S.E.A. Focus art fair at the Gillman Barracks.