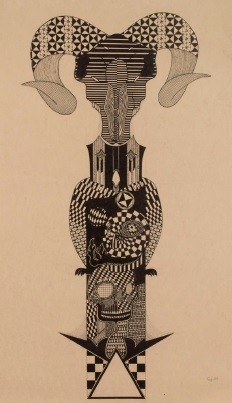 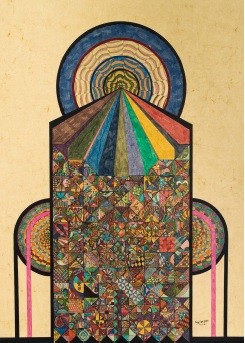 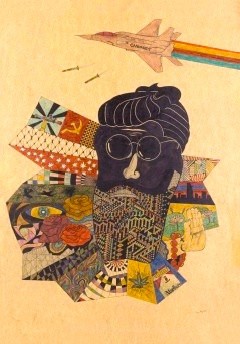 Tuýp Trần’s oeuvre encompasses food, sex and spirituality among various other topics. What connects these seemingly disparate subject matters, according to Tuýp, is the human psyche. The power of Tuýp’s work lies in not only the mundane choice of subject matter but the obsessive level of detail. Tuýp’s collection is reminiscent of a young man’s acid trip into the recesses of the subconscious. From afar, his works resemble a baffling explosion of vivid colours and intertwined designs. Claiming no ready-made meaning each detail a memento from deeply personal experiences and ineffable sensations the artist hopes to simply ‘provoke ideas’; from his audience by visually tapping into the collective unconscious. He gives the viewer total freedom to interpret, and prefers us not to pigeonhole him into one contrived genre or another. Tuýp delves into a diverse range of subject matter, including not only food and bodies but also religion, Western-influenced youth culture or totem images. (Text courtesy of MoT+++)