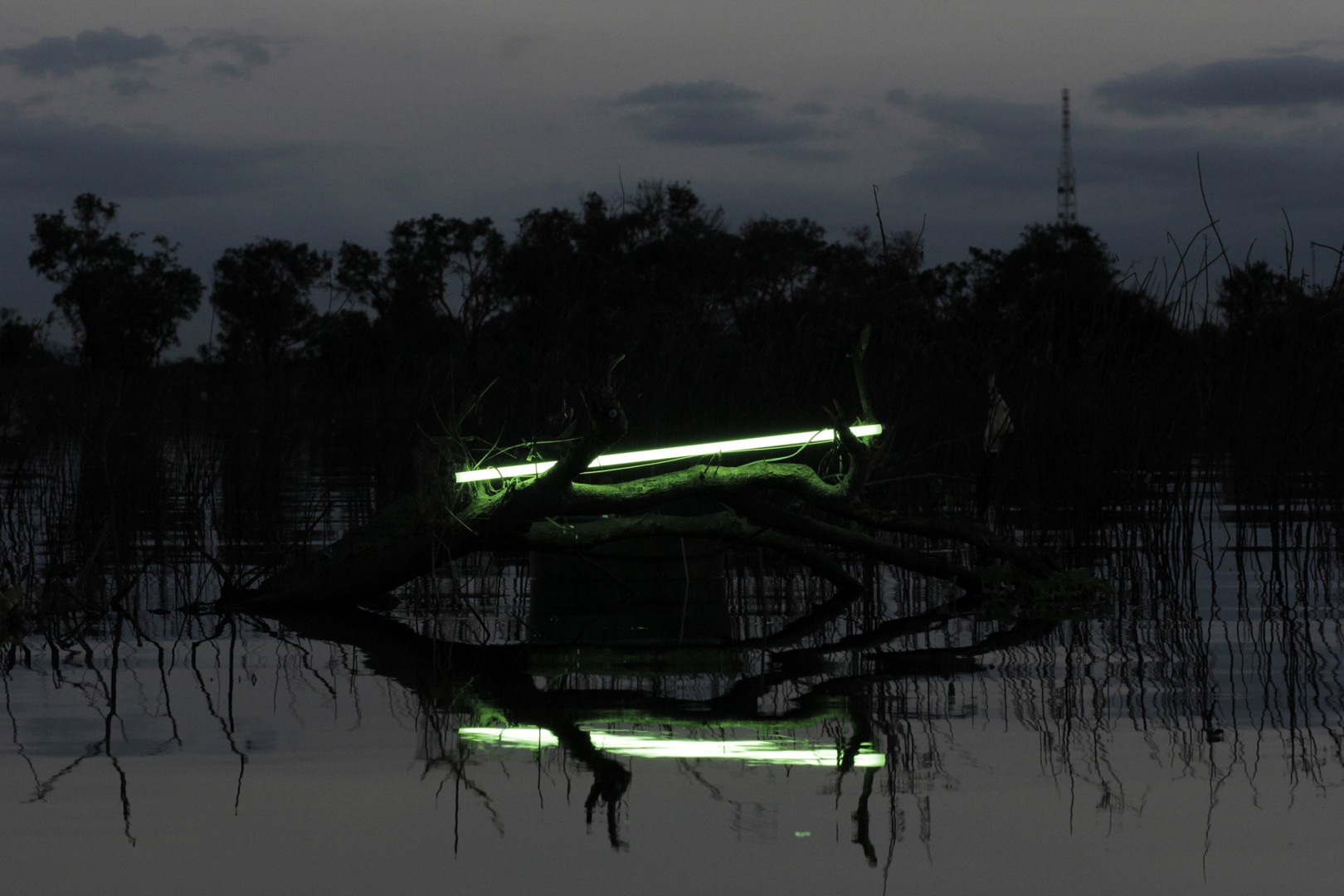 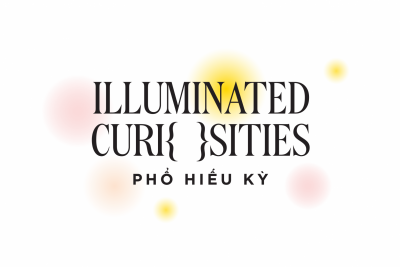 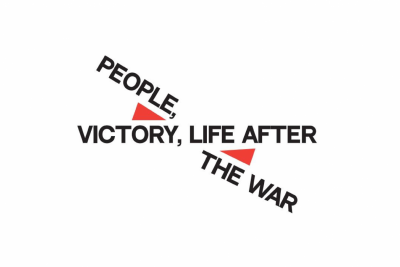 PEOPLE, VICTORY, AND LIFE AFTER THE WAR

NO MORE, NOT YET

Nguyen Art Foundation proudly presents No more, not yet – an exhibition that looks back on Nguyen Thi Thanh Mai’s shapeshifting artistic practice in all its multiplicity. Winner of the Artist Excellence Award (inaugural edition, initiated by The Factory Contemporary Arts Centre and managed by in-tangible institute), her work is presented here alongside nearly 20 artists whom she calls her colleagues and friends. An independent practitioner, member of the most dynamic group of contemporary artists in Hue, and organizer of various radical artist-led projects, in all of her roles Thanh Mai is unstoppable, fuelled by a deep concern for the communities with whom she works – scores of people who have become marginalized due to various historical shifts and the resultant social unrest. From the undocumented, ethnic Vietnamese community living on Tonlé Sap lake (Siem Reap and Pursat, Cambodia); to migrant laborers crushed by the impositions of social class in Korea; to the pain of martyrs’ wives, first separated from their husbands by war, and then by death, Thanh Mai immerses herself in the stories that lurk beneath official narratives and, although there seems to be no end in sight, insists on the right to survival of those deemed dispensable.

In No more, not yet – a single exhibition displayed across two spaces – the viewer encounters Thanh Mai as an independent practitioner with her own projects and interests, but also as an artist working within the wider context of the Hue arts scene, whose vision complements that of her peers. Together, their works raise pertinent issues, and at the same time encourage us to examine our social responsibilities, reflect on the meaning of being and living together, and ponder the role of compassion in better understanding the people and world around us.

Revolving around the undocumented, ethnic Vietnamese community living on Tonlé Sap lake (Siem Reap and Pursat, Cambodia) who Thanh Mai has been working with for the better part of a decade, the artworks on display in part 1 present the artist’s ongoing observations and reflections on a community whose fate is no longer in its control. Due to various historical shifts, wars, genocide, and the complex political relationship between the two neighboring countries, the people of this community have been denied the right to documentation, legal protection and education, thus becoming displaced, stateless and impoverished.

From photography and documentary film to sound installation, experimental video and archival documents, Thanh Mai uses an array of media first to slowly approach the community, then to carefully rearrange and piece together the stories (of dreams, and often nightmares) they shared with her, to finally re-present, as truthfully as possible, their collective sense of loss and irrevocable reality of continuous displacement. If the first phase of the project (Day by day, 2014–2015) is colored with hope, then the next phase (Black landscapes, 2017–ongoing) is, by contrast, dramatically sunless, somber, and visually minimal, mirroring a Tonlé Sap that has been exhausted by environmental pollution, the climate crisis, and notably the mass construction of hydroelectric dams along the Mekong River.

Part 1 of the exhibition concludes at Open station – the latest phase of the project that begins in February 2023 as Thanh Mai returns to Cambodia. An experimental space, Open station will be realized over the course of the exhibition, which continues until June 2023. Comprising references, notes and images to be collected during Thanh Mai’s fieldwork, as well as her sketches, suggestions and reflections on the next possible steps, Open station can be considered a library that provides contextual resources, and a hub to encourage dialogue between the artist, curator, art viewer, and the public in general.

Part 2 of the exhibition introduces the practices and concerns of the larger collective to which Thanh Mai belongs – the contemporary artist community in Hue – with a focus on the Edge of the Citadel project. Initiated in 2021 by Thanh Mai and friends, with the participation of nearly 20 artists, the project follows the thread spun in No more, not yet on the uprooting and forced displacement of marginalized communities, specifically that of the thousands of households living on and by the walls of the citadel. Within the perimeters of the citadel, there are two further walled enclosures called the Imperial City (Hoàng thành) and the Purple Forbidden City (Tử Cấm thành). After 1945 and in the following decades, those fleeing the war began to move in and settle along the walls of the citadel and the Eo Bau area. Over time, spontaneous communities began to form; they built houses, planted crops, and took up odd jobs. In 2019, Hue kicked off a campaign – to be implemented between 2019–2025 – to clear out various areas within the Hue citadel and relocate its residents. In the name of preserving this World Heritage Site, around 15,000 people will be displaced by the end. Over the last few years, many families in the upper citadel have been forced to move to resettlement areas, leaving behind a sprawling ruin – a past being flattened, complete erasure lying in wait.

Though the project revolves around a shared interest in history, heritage, culture, architecture, city planning, policy, and individual and collective memory, the participating artists all approach these issues in different ways. Hoang Ngoc Tu, Nguyen Hoa, Nguyen Van He, Xuan Ha, and Tran Tuan use readymades and found objects and materials to re-imagine – through sculpture, installation, and video – the spaces and experiences often associated with the notion of the family home. Meanwhile, the works of Ngo Dinh Bao Chau, The Appendix, Dao Tung, and Duong Thanh Quang are conceptual and performative gestures that spark new imaginations of time and place. Uyen Minh, Ho Anh Vu, and the students from the Hue University College of Arts (Tran Chau Nhi, Nguyen Van Ton, Nguyen Duc Niem, and Vien Phuong) use their brush and camera to record sceneries that are desolate at times, yet at others reveal the hidden charm of ‘the edge’. Elsewhere, Le Thi Minh Nguyet, Nguyen Thi Khanh Anh, and Nguyen Thi Thanh Mai lean on unassuming gestures – hanging out, talking, and note taking – to record the lives and dreams of the citadel residents. Regardless of the differences in form, material and visual approach, on the whole, the artworks prompt similar questions that are still left unanswered: as people and communities go through inevitable changes, what will happen to their memory and sense of place, time and self? In the face of loss and devastation, how does one find a way out and forward? And, where do artists situate themselves and their art along this journey?

The Artist Excellence Award is managed by